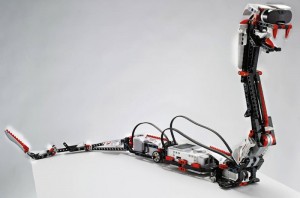 Check out this amazing LEGO Go-Kart, called LE-GOKART!
It runs on 48 LEGO motors and can actually carry a small child!

See its development at MEGLug